Playa Herradura is located in the Central Pacific a few minutes from Playa Jaco. It is a small bay, which as its name suggests, is shaped like a horseshoe. One side of the bay is formed by an extra length of continental territory and during high tide it forms an island known as Isla Herradura.
On this beach there are numerous dive sites all within 15 minutes by boat. 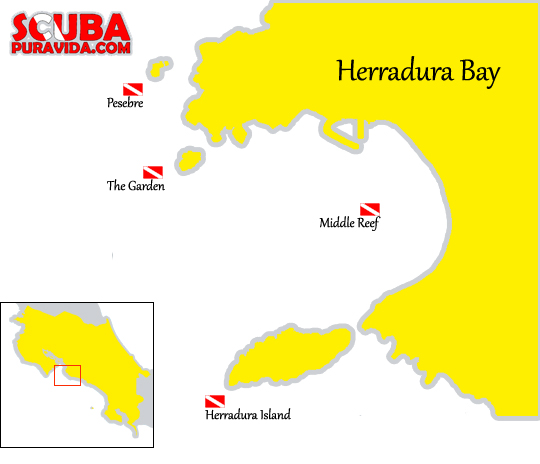 Some sandy soils but mostly rock formations define the seabed. A lot of life can be seen in these waters including giant manta rays, white tip reef sharks, jaquetas, barracudas and turtles.
The diving conditions are good, however, may have currents and moderate waves.
The average water temperature is between 70 º F and 80 º F.
The depths vary from 30ft to 70ft.
During the months of December to May the giant manta rays becomes frequent.